This mod adds a variety of trains to your Minecraft world. It is an especially fun mod because it has hundreds of choices and different combinations to make the game especially captivating. Aside from the attractive graphics, the mod is also compatible with other mods which means that you can add many different intrinsic levels to your game play.

The mod was originally created in 2011 and went by the name Train and Zeppelin. At the time, the mod consisted of no more than one train steam car and one locomotive. The idea was to have a controllable, powered minecart that could be sat in. It was extremely basic and had no GUI and the two original pieces could not be attached to each other. It was a completely new idea to the world of Minecraft and a very exciting one.

Surprisingly, the idea of adding a locomotive to the game was a very popular one and people began asking for more. It was because of this desire for the Traincraft Mod to become more in-depth that the adventure continued and more carts and locomotives were added.

At this point, there are more than 70 carts, trains, locomotives and other moving machines. There are models of trains that exist in real life and the graphics on them are great so it is the perfect mod for someone that is both a Minecraft and train lover. Aside from trains, there is also a Zeppelin and airship in which you can fly. Of course, enthusiasts love that this mod is compatible with other mods because that makes for even more advanced game play.

If you are someone that loves trains then you will absolutely love this mod. More-so, if you love airships or any type of moving machine, this is the mod for you. This mod offers a great variety of realistic models for those that want to add an automotive variety to their Minecraft playing. 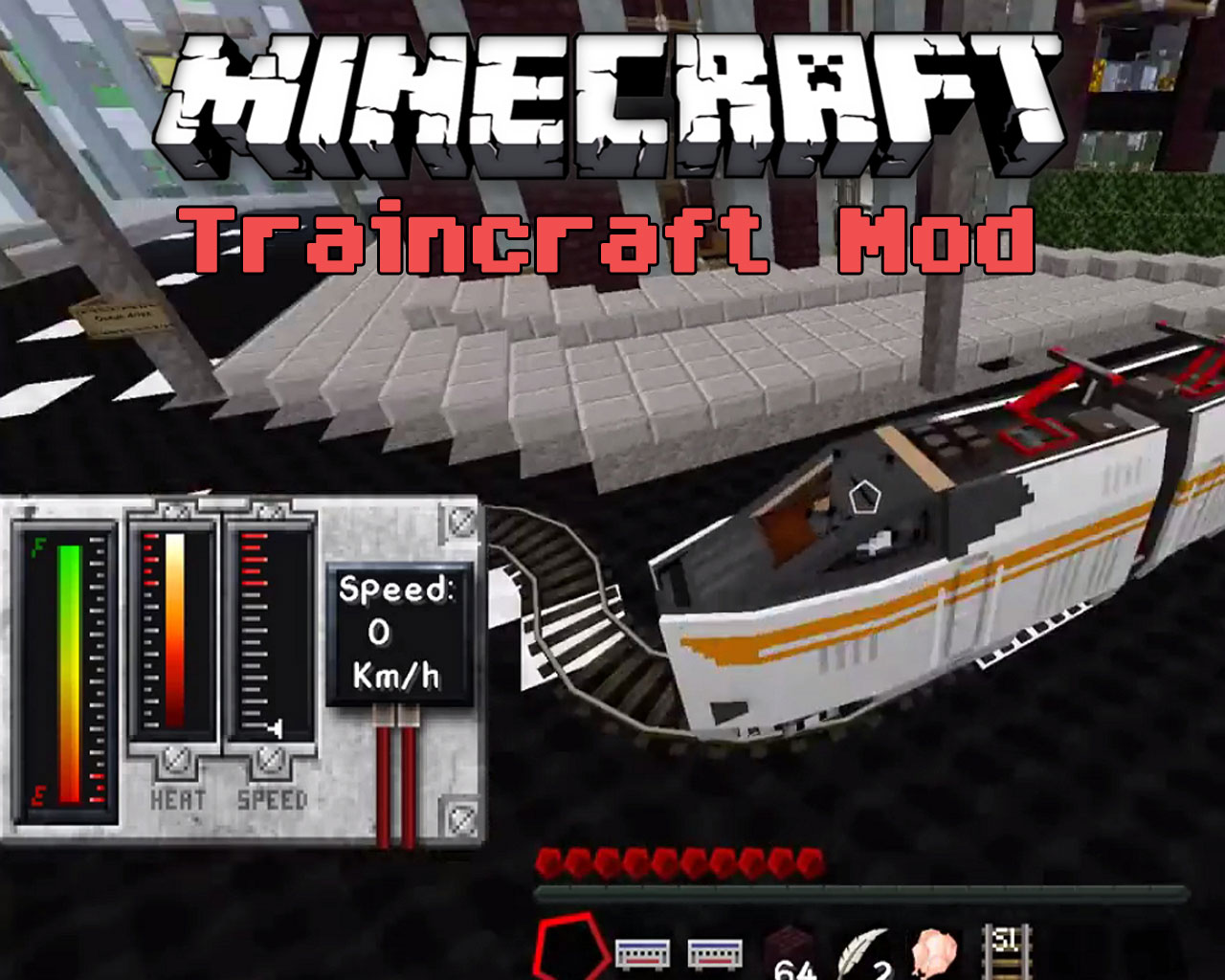